1.The life of modern teenagers Many things have changed over the past decades. Same can be said about the life of modern teenagers. Today teens are more independent, have other interests, and are definitely lazier than before. Computer is the root of most changes in the society. Modern teenagers spend almost all their free time online, playing computer games, chatting with friends, surfing social networks, instead of going out and doing some outdoor activities. If you ask a teenager what the life was like twenty or thirty years ago, he won’t answer, because he doesn’t know. Modern children simply can’t imagine their life without cell phones, tablets and MP3 players. These gadgets have gradually replaced the whole world of childish games and live communication. Previous generations of teenagers could still be seen in the streets jumping, running around and playing active games. Today, teenagers are mostly seen online. From the one hand, it’s certainly not good. From the other hand, this can be understood. How can children avoid electronic toys if they are everywhere? Other than that, the life of teenagers is not easy. They have a number of problems, which they don’t want to discuss with adults. Chatting with friends, at least they can share with them. Being online, they can also find answers for many urgent questions or problems. Modern teenagers are luckier than other generations for having the freedom of choice and life full of possibilities. It’s a “computer-based” generation. Even their homework is done with the help of computers and the Internet. 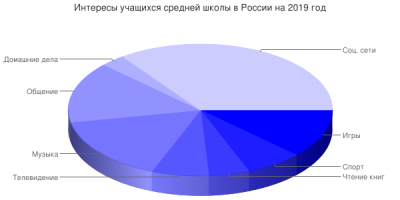 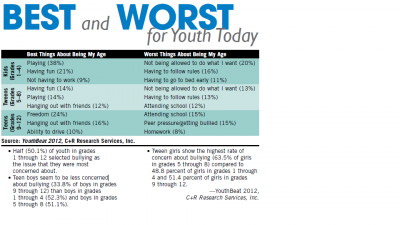 2.Modern Teenagers in Russia Social Media Social media brings people together from around the world, but it can also unite people in the same country. In a country as large as Russia, where young people in particular can feel isolated in remote areas, it is an important means of communicating. VKontakte (VK) is the Russian version of Facebook that has 239 million accounts. Young people share jokes, news stories, photos etc. English is the default language and there are plans to expand the site into non-Russian countries. Online communication is fast becoming a part of everyday life. Instant messaging applications like ICQ and Skype are also popular, as is blogging with LiveJournal being one of the biggest blogging sites in Russia. Leisure Russian teenagers take part in the same pastimes as Western teens. The enjoy sport, both as spectators and participants and there are a lot of facilities available to them, for example, open-air skating rinks in the winter. Young Russians enjoy going to the cinema and hanging out at shopping malls, the same as lots of teenagers the world over. Gaming is also big in Russia. With over 46m gamers, Russia ranks as number 12 in terms of global game revenues. TV reality shows are also popular. Volunteer work Young people in Russia seem to be becoming increasingly interested in helping those less fortunate than themselves. There’s a shift in popular role models, with young people admiring politicians and celebrities involved in altruistic activities. Environmental issues are also a priority. Increased internet usage means that young people around the world are becoming more homogenized. Young people in the Russia of today are barely recognizable from the youths who lived under state socialism; they have a great deal more freedom. This new generation has a whole new world of choice open to them…

Modern Teenagers in Britain Britain has recent by been described as a "leisure society." This is because there are a great variety of leisure pursuits. Young people generally go out on Friday or Saturday nights to a disco, to a concert or to a pub. In recent years going out for a meal or getting a take-away meal have become popular too. During the past years there is a great increase in keeping fit and staying healthy. A lot of teens started running, jogging and going to different fitness clubs in their spare time. Aerobics classes and fitness clubs opened in every town, and the number of recreation centres greatly increased. Indoor pools, with their wave-making machines, water slides and tropical vegetation, have became very popular. A lot of teenagers in both countries are crazy about animals. They race them, train them and breed them. They like to hear stories about them on television programmes and they like reading books about them. Many teens have a pet animal. It could be a dog, a cat, a goldfish, a bird or a small furry animal like a hamster. Looking after and being kind to their pets is very important for teens. Why are teens so interested in animals? Perhaps it's because they are rather shy in their heart of hearts. One of my friends says: "I can say anything I like to my dog, but she never thinks I'm silly." There are plenty of other kinds of activities, such as travelling, visiting historical places, babysitting, delivering newspapers, putting together jigsaw puzzles, reading, going to different museums, skateboarding, going fishing, hitchhiking, shopping, helping people in need, joining a computer club and others. We can say "So many teens; so many kinds of activities."

3. Every generation of teens is shaped by the social, political, and economic events of the day. Today’s teenagers are no different—and they’re the first generation whose lives are saturated by mobile technology and social media. Who are the iGens? Twenge names the generation born between 1995 and 2012 “iGens” for their ubiquitous use of the iPhone, their valuing of individualism, their economic context of income inequality, their inclusiveness, and more. She identifies their unique qualities by analyzing four nationally representative surveys of 11 million teens since the 1960s. Those surveys, which have asked the same questions (and some new ones) of teens year after year, allow comparisons among Boomers, Gen Xers, Millennials, and iGens at exactly the same ages. In addition to identifying cross-generational trends in these surveys, Twenge tests her inferences against her own follow-up surveys, interviews with teens, and findings from smaller experimental studies. Here are just a few of her conclusions. iGens have poorer emotional health thanks to new media. Twenge finds that new media is making teens more lonely, anxious, and depressed, and is undermining their social skills and even their sleep. iGens “grew up with cell phones, had an Instagram page before they started high school, and do not remember a time before the Internet,” writes Twenge. They spend five to six hours a day texting, chatting, gaming, web surfing, streaming and sharing videos, and hanging out online. While other observers have equivocated about the impact, Twenge is clear: More than two hours a day raises the risk for serious mental health problems. 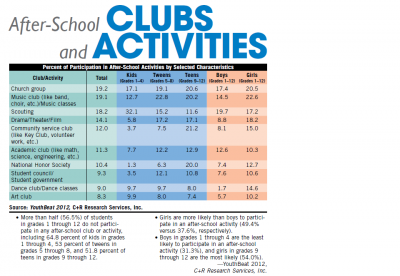 4. Teenagers are the group most strongly influenced by popular culture (more commonly called pop culture). What exactly is popular culture? According to Wikipedia English: “Popular culture is the totality of ideas, perspectives, attitudes, images and other phenomena that are deemed preferred through an informal consensus within the mainstream of any given society.” Effects on teens Not only are teens strongly influenced by pop culture but it affects them on many levels. It affects them cognitively (how they think), emotionally (how they feel) and behaviorally (what they do). The last decade has seen exponential growth in the media – with the advent of the internet, mass media has almost been overtaken by social media. The teens have latched onto social media with intensity and this has had both negative and positive effects. Body Art Art has always been an intrinsic part of human nature, an honest means of expressing the self. Body art goes back centuries, however, lately there has been an explosion of teens being very interested in tattoos, body-piercing and hair decorations. This is by no means unrelated to all the celebrities spotted sporting new tattoos all the time. Body art allows the teens to express themselves. Popular Culture Icons The most popular pop culture icons of today are artists like Lady Gaga, Justin Bieber and Robert Pattinson. Lady Gaga, a prolific artist is known to create and re-create herself: this offers the gift of possibilities. Justin Bieber, a teen himself, used the social media platform of Youtube to launch his super successful career, again showing other teens that anything is possible. Robert Pattinson’s role in Twilight is of someone ‘different’, an outcast of sorts – many teens identify and relate to these feelings. Conclusion The relationship between teens, pop culture and the media (mass and social) is deeply symbiotic – and here to stay. The teens of today have grown up with mobile phones and internet access, information always at their finger-tips.

Life as a Teenager

How to Have a Successful Teenage Life